To appreciate Moroccan music – that’s another reason to visit the country. Its musical traditions are quite diverse, and are part of the ancient culture of the land.

The Berber civilisation is the oldest in Morocco, and it has developed a very original musical style, particularly in out-of-the-way areas, and varies according to which region it comes from. Singers accompany themselves with traditional instruments, like the rebab, a kind of violin, or the lotar, which looks like a lute. Songs always go together with dances, where men and women perform ritual movements with their arms and legs, stamping their feet in time to the music.

Imported to North Africa by the Moors who were expelled from Spain at the end of the sixteenth century, this Andalusian addition is confined to the big towns in the north of the country. It has stayed a musically elite genre, often reserved for prestigious occasions. The repertoire of the musicians, dressed in traditional Moroccan white djellabas or long robes, is composed of many instrumental and vocal sections known as noubas. Each one is directed by a soloist and played by the whole of the orchestra, supplemented by songs.

Moroccan music is further enriched by other musical traditions. The malhun is Andalusian in origin, but is a very popular genre that gives more emphasis to a solo singer. For its part, Gnawa music is practised by a religious brotherhood. The dancers, who accompany themselves with a kind of castanet (the crakeb), perform spectacular acrobatic numbers. Conceived in Algeria and inspired by the Moroccan malhun, the raï was developed in Morocco, and has become the most popular musical form of all, particularly with the young. Every year, this style is given the honour of an International Festival of Raï, which is held in Oujda, Morocco. 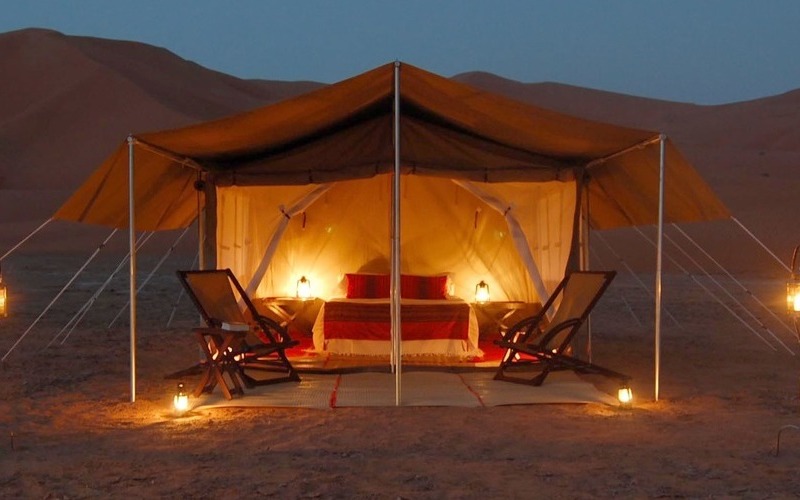